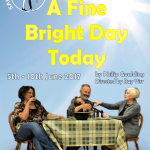 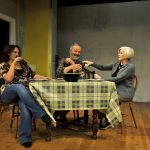 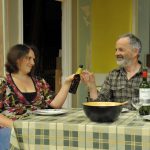 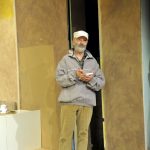 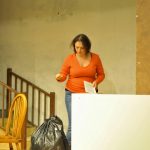 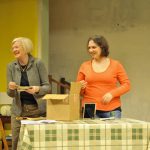 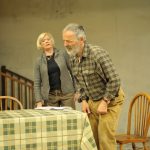 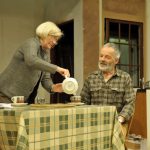 Ray Virr joins us to direct his first play for the Salterton Drama Club, the poignant and enigmatic love story - A Fine Bright Day Today.
Since the death of her trawlerman husband 30 years ago, Margaret Harvey has lived with her daughter Rebecca in a small cottage in a coastal town.

Rebecca is moving out to live with her boyfriend, so when she meets Milton Farnsworth, an American visiting the area to paint the landscape, she invites him to lodge with Margaret during his stay. Margaret has become increasingly set in her ways over the years, dependent on ritual and superstition, but with patience, humour, and cheap wine, Milton gradually encourages her to relinquish her hold on control. Warm, funny and moving, A Fine Bright Day Today explores love in later life