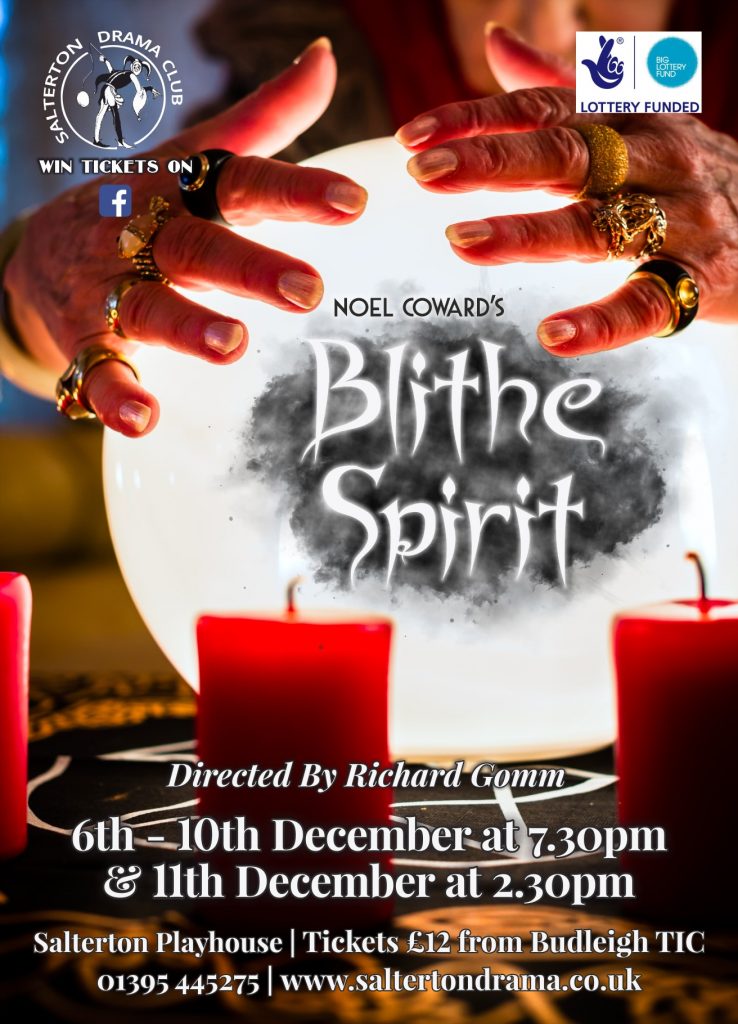 Noel Coward's famous classic in which novelist Charles Condomine needs help to overcome his writer's block and seeks  inspiration from spiritualist medium, Madame Arcati. He gets more than he bargains for when his deceased first wife, Elvira comes through resulting in jealousy, misunderstandings and chaos as his second wife Ruth adjusts to the presence of their visitor.

Tickets available online via the 'BOOK NOW' ticket at the top of the website or from Budleigh TIC 01395 445275.