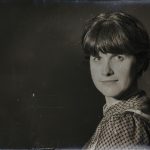 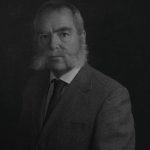 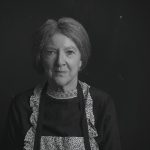 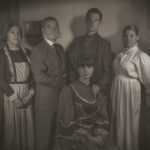 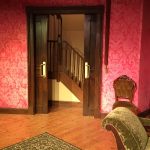 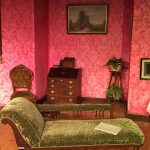 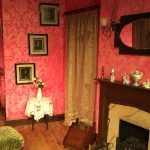 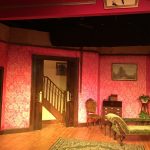 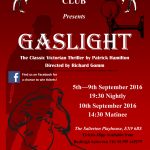 A Victorian thriller directed by our Chairman Richard Gomm.

Jack Manningham is slowly, deliberately driving his wife, Bella, insane. He has almost succeeded when help arrives in the form of a former detective, Rough, who believes Manningham to be a thief and murderer. Aided by Bella, Rough proves Manningham's true identity and finally Bella achieves a few moments of sweet revenge for the suffering inflicted on her.

Welcome to our theatre. Once again I am wearing two hats both as your Director and as your Chairman.

I hope that you will enjoy our performance this evening as we present "Gaslight", a psychological thriller, written in 1939 by Patrick Hamilton. It's theme is currently being explored in the Archers.(Or so I am told by my wife.). Anyway it is a very challenging play for us, requiring the creation of a Victorian set and calling on the main characters to go through a whole range of emotions. I have been very fortunate in acquiring a splendid cast of experienced actors, including one young lady who makes her debut with us. Welcome Jane, we look forward to you gracing our stage in the future. So sit back and enjoy our performance of "Gaslight".