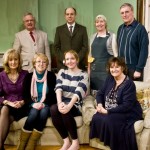 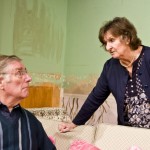 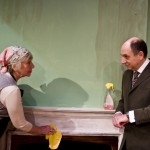 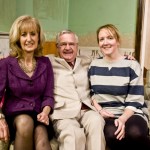 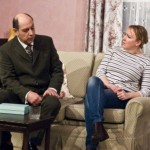 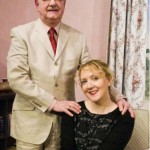 A thriller written by Norman Robbins

I have thoroughly enjoyed rehearsals for this play, as I have watched the cast bring these disparate characters to life. “Prescription for Murder” tells a story and, as it unfolds, I think most of you will identify with the characters and think you know the answer to the mystery…...but do you?

A lot of people are involved in bringing you a Production, and my grateful thanks go to all of them - Roy Miles and his team for designing, building and decorating the wonderful set, and the cast and backstage crew who have worked so hard at rehearsals. I want to give special thanks to my Assistant Director, Dianne Nicholls (who is also the prompt). And to you the audience, thank you for coming.

It is with great pleasure that I welcome you to our newly refurbished theatre and the first production of the year. We are starting off in fine form with a Thriller which has a nice twist. See if you can spot it before the end! Directed by one of our seasoned directors, Mary Logan has worked hard with this cast to put on this play and has encouraged a new member, Dave King, to take part and Steve Clark to undertake his first major role. The rest of the cast, all experienced hands, have given Mary valuable support.

We have an exciting programme this year, starting with an old favourite, "The Ghost Train" by Arnold Ridley (of Dad's Army fame).

We follow that with "Under Milk Wood" by Dylan Thomas. This will be a Radio Budleigh Production, so if you would like to try your hand on the stage, this would be the one, as there are no lines to learn!

Then our final production will be a 70th anniversary tribute to the end of the 2nd World War called "ITSA (It’s Those Saltertons Again!) ....... 1940s Revue”.

So, in all, a busy and challenging year ahead.